This is one of the busiest times in agriculture in the midwest and we are lucky that this industry is one of the most resilient industries in our country. We have all heard the overused term of “Unprecedented Times” the last few weeks? Months? It feels like a year at this point. The anxiety and stress that these times have created are taking a toll on us all. Agriculture has been deemed an essential part of our economy and farmers, ranchers, packing plants, and all businesses involved in the processes of agriculture continue to work long hours.

The largest and most notable supply chain issue in these past weeks has been in the livestock sector of the industry. Infections at meat processing plants have temporarily closed some plants and caused many to reduce capacity. The vast majority of them are not open and operating at least to some extent, but some of the closures did cause some head of livestock to be euthanized. The reason this is a big deal is due to the feed usage demand that when reduced, negatively affects row crop producers as well. We are lucky that the processing facilities opened back up so quickly. The most recent issue of cases of the virus at a processing plant in Storm Lake, Iowa caused a closure of the plant, but the reopening is already scheduled and should be obtainable in the first week of June. The overall feed usage change should not be near as negative as it could have been.

When the United States began the shutdown, another storm was hitting. An oversupply of oil coupled with much less usage by airlines and drivers caused oil prices to plummet. They were even negative for a short period of time. How does this affect farmers? Ethanol is one of the largest domestic demand centers for corn. When they are not profitable, they shut down or reduce capacity. This reduces supply usage and drives corn prices down as well. Again, we have been very lucky. Oil prices have started to rebound and the corn usage in the ethanol plants should be going back up.

Our largest international soybean buyer as a country is China. With all of the friction that has been created due to the pandemic, the total purchasing power and appetite of china for American produced soybeans is in question. If China is out of the market for our soybeans, we could be in a tough spot.

A landowner asked and Mason answered, “[Farmers,] What is your biggest worry about the current [2020] season?”.

Many farmers learned from the last seven plus years since the days of historical highs ($7 cash corn.) They know that if they can lock in a comfortable profit by forward contracting the grain they are going to produce – they pull the trigger and do it. Hopefully, many farmers took this action and have secured themselves insurance during these tough times.

This year the planting conditions in late April and early May were amazing. Many farmers have shared with us that it has been the best start to the planting season that they have seen in ten years. It is true that farming is one of those “fun” industries where the better you perform, the worse you are rewarded. This is counter intuitive but  if the market sees potential for a great crop, it drops prices accordingly. Even with this caveat, a good planting season still creates optimism in the Agriculture community, especially after the struggles in some areas in the past few years.

Just like many other industries in America, agriculture innovates when challenges surface. This is attributed mostly to the farmers themselves and their connection to their community. One of the greatest things that is notable to highlight is that livestock producers have pivoted from contract production to utilizing their network and local meat lockers to sell meat directly to consumers. When you sell directly to consumers, you establish a more competitive purchase price for them and a healthier margin for the producer. It would not be surprising at all if this trend continues far after Covid-19 is just a bad memory.

In Iowa, pork producers have partnered with public donors to create the “Pass the Pork Program.” This allows individuals to donate funds and enable producers to donate pigs to be processed so the meat can be donated to those in need. The pigs that are donated are part of the overflow from reduced processing capacity at the processing plants. This is a great program as it allows for livestock that was most likely slated for euthanization to instead be used to support others in this tough time.

Has agriculture been unaffected by this pandemic? No. Will it be more resistant than many other industries? Yes. Farmers are inherently resilient, stubborn, and optimistic people. They view their livelihood as a lifestyle as well as a business. Some operations will lose and close down. Many will face struggles that they have not seen in many years. At the end of the day, acres will still be planted, cared for, and harvested, and the same thing will happen next year and the year after that. A saying many people are hearing right now is that “tough times create tough people” and that is true. Luckily, farmers have already been toughened and this will only make them more so in the long run 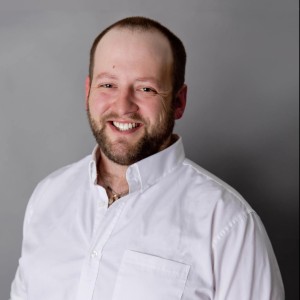 Welcome back to Conversations in the Corn. We had a winter hiatus and we are back here strong this spring. The Ultimate Guide to Sustainable Farming in 2021

Table of Contents What Is Sustainable Farming? The Focus on 2020 was quite a year – but in the end, it wasn’t so bad for farmers. Here is what to expect in 2021 and why this year might just be the year of cover crops and carbon credits.