For this landowner, well-managed farmland is critical to her financial picture. It’s also an important way to carry on a family tradition.

Becky Leach O’Donnell grew up with farming in her blood, and a healthy respect for both farmers and the land. Today, as one of the estimated half-million non-operating female landowners in agriculture, she takes her responsibility to protect the legacy of her family’s land very seriously—while also keeping a sharp eye on what it means to her financial situation.

A legacy of inheriting farmland

Becky considers herself fortunate to be able to trace her agricultural roots back to the 1800s. “My great-grandfather fought for the New Hampshire Regiment in the Civil War,” Becky says, “then married a woman from Illinois. When they moved back to Illinois, he began to acquire land to farm.” The original Leach Farm, purchased in 1883, is still in operation today. Becky’s cousins live in the home on that farm, and she’s glad to be able to visit. The property is now designated as an Illinois Centennial Farm—meaning it has been continuously owned by the same family for more than 100 years.

However, it was Becky’s father who really drove home the value of farmland ownership and the importance of being part of the agriculture community. He shared memories of spending summers on the original Leach Farm in his youth, where he developed an appreciation for farming that he passed on to his daughter. She recalls, “I visited once when I was 16, and there was a Percheron horse that was 36 years old at the time. My father could remember that horse and plowing with the team.”

As the president of a bank in central Illinois, Becky’s father had many farmers as clients. He was popular with them because he understood what was important to them, and what it took for them to run their businesses. He also knew the value of farmland and viewed it as a smart investment. “He began to acquire 120 acres here, 80 acres there, as part of his retirement planning for himself and my mother,” Becky says. “My father was a shrewd investor and valued farmland very highly.” The land Becky owns today is part of that inheritance, and she continues her father’s commitment to protecting it.

Challenges and joys of inheriting farmland

Today, Becky knows both the challenges and joys of inheriting farmland. “My father used to say, and now I know this myself, that farming is a gamble. People don’t always realize just how much of a gamble it is, even for the landowner. Everything is dependent on the weather, and the price for seeds, fertilizer and other things really affect the amount of income you get from the farm.” As a retired English teacher and the daughter of an active farmland investor, Becky feels lucky to have the income from her inherited farmland and is clear-eyed about the importance of protecting its value as an asset as well as an heirloom.

“The most important thing to me is making sure the farm is being taken care of,” Becky notes. “I rely on it to be a good income-producing asset, but I’m also grateful to have the enjoyment I get from owning a farm.” Being part of an industry, and really a culture, that’s responsible for growing food and, in turn, caring for others, is very special to her.

Becky’s focus on protecting her inherited farmland is one of the things that led her to be an early adopter of Tillable’s Hassle-Free Lease offer. She says, “The past few years have been difficult for everyone in farming, and I wasn’t sure if my farm was really performing as well as it could. With the farming economy and political environment as it is right now, getting paid three years of rent upfront is security—because you don’t know what’s going to happen in the future.” Tillable’s commitment to protecting the land, as well as protecting Becky’s income from market risks, convinced her to try a new approach to managing her land.

On being a woman in agriculture

Becky points out that as a longtime male-dominated business, farming isn’t always the easiest place for a woman. “I’ve felt a little prejudice, as though some people don’t feel farming comes naturally to women. Some people will say, ‘You don’t need to know about that; someone else will handle that.’” However, Becky knows her position as a landowner is important, and comes with a responsibility that she takes to heart.

She also knows she’s one of so many women influencing the future of agriculture. Her son is an engineer with an agriculture technology company, which goes to show that there are many ways to be involved in farming. She says, “I’m sure my father would be very pleased to know that my son has taken such an active interest in farming.”

To other women who own farmland, Becky has some simple advice: “Be grateful. It’s so often an heirloom—passed down from one generation to the next—and not everyone has that opportunity. It’s fulfilling to be part of seeing things grow and be harvested.”

This is the first in a series of articles highlighting women in farmland ownership. 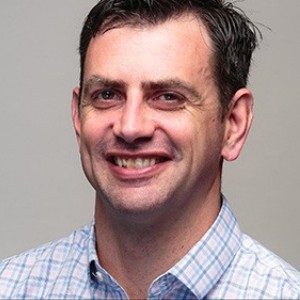 How much land is needed to maximize your livestock operation?

When you are looking to maximize your livestock operation, land Operating Loans? Term Loans? Mortgages? Which Loan do I Need?

When starting a farming operation and seeking capital to get you in motion, there are a handful of farm loans a new farmer has to get familiar with to be successful. Three new updates are now available on Tillable and Tyler