Tillable Featured in Washington Post Newsletter “How to Read This Chart”

Below is a excerpt from Philip Bump's weekly newsletter "How to Read this Chart" sent to subscriber's email Saturday, July 2nd, 2022.

“One imaginary day last month, my phone rang with a number from a 734 area code. The caller was a Michigander who had an unusual problem: she wanted to convert unused land into a farm, but had no idea what value it had.

For years, she explained, the property had been the site of a few run-down buildings and an old, uneven field. For a while, someone had tried to monetize it, hosting sporting events for a local team, but the team’s abysmal record eventually became such an embarrassment that the operation was shut down. Hence the new plan.

She’d called the right place. While looking up some information during one of the recent primary elections, I’d stumbled onto an aptly named site called Tillable. It provides just the sort of information the caller was looking for.

I located the plot of land from Tillable’s map, which includes almost every parcel in the United States. (It excludes data from D.C., perhaps given the general dearth of farms in the city, or my imaginary example would perhaps have centered on the parcel at 1600 Pennsylvania Avenue.) I located the parcel at issue in Michigan and clicked it.

Right away, we have data: 48.67 tillable acres. That’s the size of the entire parcel, obviously; it’s not as though one could immediately start planting. But Tillable’s data include another dimension of information — the one that prompted me to write about it in the first place. Click a button and you see the soil types at the parcel as well.

A large portion of Fox sandy loam. And to the west, underneath that forlorn playing field where so many young local men had been humiliated, Wawasee loam at varying slopes.

The map I’d seen when I was first poking around was the one below, for an actual farm. It included a much broader array of soil types and a rating of soil quality. You can see why I was intrigued.

I don’t know the difference between those soil types, as you might expect, and I’d be surprised if most readers of this newsletter did. So I reached out to Tillable CEO Corbett Kull.

“The soil type can give you an indication of the water holding potential of the of the soil. It can give you an idea of the potential organic matter in the soil,” he explained. “Overall drainage properties, etc.” He also noted the composite scores provided by Tillable allow farmers to compare individual parcels to the county overall, giving a relative sense of quality.

Naturally, I was curious how Tillable got this data. These are precise distributions of soil types, covering the country! Where does this come from? Kull believed that it was in part a function of comparing satellite imagery from the winter to imagery from the growing season. But it wasn’t his data; it comes from the federal government.

Kull pointed out it that some of the data come from actual surveys across the country. From 2007 to 2013, for example, the aptly named U.S. Geological Survey sampled the soil from nearly 5,000 sites around the country, a manual process of literally digging out a tube of earth. As you can see from the map below, this particular survey couldn’t yield as complex a map as Tillable’s but it’s a start.

I asked Kull if he, like me, nerded out over the data his site makes available.

“I think it’s totally bad a–!” he replied, with obvious enthusiasm. “The fact that the government basically can tell you the approximate soil quality of any piece of any square inch of land in the United States? What an awesome resource, right?”

“You know, a world where everybody says they hate the government, you know, they’re ripping us off, whatever, there is so much data,” he continued. “Especially in the Department of Agriculture. I just … I love them. I think they do a great job.”

(He added some enthusiastic words about data visualizations that seemed too self-serving for me to include directly, so I decided to add them as a parenthetical to at least preserve some modesty.)

Tillable does more than provide soil maps, obviously, focused on helping manage and finance farmland — including allowing people to own farmland they then rent out to farmers, a common practice. (FarmBnB.) But those maps crack open a fascinating layer of information about the world around us that’s otherwise unexposed. Often literally.

I conveyed all of this to the woman from Ann Arbor who had called. She thanked me for the information and then paid the appropriate licensing fee to Ohio State for using the word “the.” And all was right with the world.

To read more of this newsletter or to receive future “How To Read This Chart” newsletters, please follow this link and subscribe!

Want to see parcel and soil map data for land across the U.S? 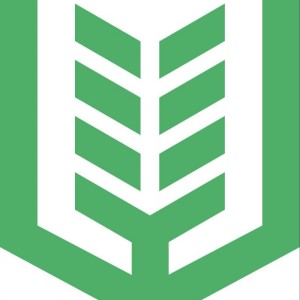 As the beginning of August approaches, we are in a What first time farmers should know about farm loans

So, you haven’t farmed before but would like to get started? Most folks need a loan to get a new farm operation off the ground. Here are a few things to consider when starting a new farm and taking out a farm loan.